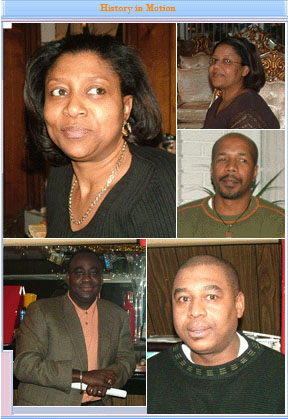 LOCATION:Lisly's House
Lisly Chery was a perfect host. As usual, he went out of his way to create a fun and pleasant environment for the meeting and made everyone feel so welcome.

The meeting started with a suggestion from Carolle, who stated that we should have a hierarchy within the Provisional Committee. She believes that it is necessary to keep things in order. Everyone agreed that it was a great idea and should be implemented. We then proceeded with the nomination of key individuals in the distribution of roles and responsibilities.

We proceeded by discussing ways to mobilize the community. It was agreed that the Committee needed to schedule a general assembly meeting as soon as possible. As means of mobilization, we concluded that the following will be done:

We visited the idea of holding an anniversary celebration on March 24, as it was ODL's custom in the past. All in attendance were inspired by the idea and agreed to work together at making the event successful in anyway possible. During this celebration, ODL will host the Book Signing of our very own famous Lascahobassien: Fritz Gelin 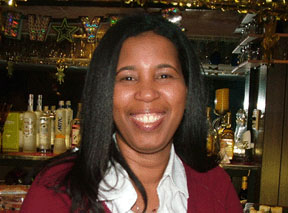 Carolle, as promised, distributed copies of the ODL's chart to everyone present.

The meeting ended and left all of us with a great sense of accomplishment. The feeling of friendship and unity was so great. We continued to mingle with each other; way after the meeting ended… Contrary to public opinion as to: “Haitians can never put their heads together and agreed on anything…” We have defied that saying and made history in that meeting…We have proven that we too, can be civil to one another… While we may not agree on everything all the time, we can put our heads together and agree on one thing: MOVING FORWARD WITH LASCAHOBAS …