Second meeting with the Organization for the Development Lascahobas December 2nd, 2006 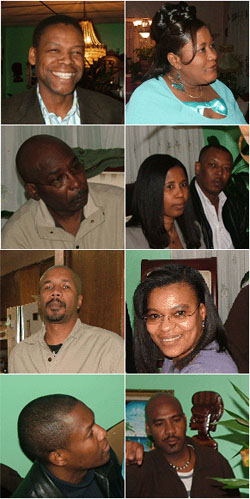 Lisly who was the spokeperson for the remaining members of the ODL’s Executive Committee started the meeting by giving a summary of the discussions that took place at the meeting of November 18. He enumerated the following points:

It was agreed that, at least, the following needed to be accomplished by the end of the meeting:

With that in mind, Lisly asked that we have four (4) of the remaining members of the current ODL’s Executive Committee, and four (4) of the ‘Concerned Party’, as members of the Provisional Committee. Manno stated that the Concerned Party should be allowed to have a greater number of people, mainly because they would be the ones to mobilize the people of Lascahobas and bring them back to meetings and ultimately to the elections. Thus, the Provisional Committee’s responsibilities would be to:

According to Lisly, supported by Carolle, restructuring ODL should also include the following: 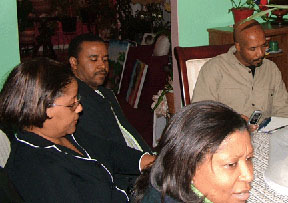 D iscussion ensued regarding the idea of modifying ODL’s Chart and forming a Board of Trustees. However, on behalf of the ‘Concerned Party’, Elcie disagreed, as these should not be the function a Provisional Committee. They believe that any amendment of the Chart should be done by the future Elected Officials and ratified by the general assembly. Marcelle also agreed that it was not the time and place for a chart amendment, nor the creation of a Board of Trustees since the members present did not represent a forum. Further, they do not represent the general assembly; and should not, in any case, attempt to represent the Community. Lisly replied that the reasons they wanted to do so was that they had been wanting to modify the Chart for a while, as they believe that based on their experience, it needs to be done, as that would prevent ODL from making some of the same mistake they made, which got them into the falling path they are currently in.

After much discussion on thes issues, Jean Alix L. offered to work with Carolle T. to modify the Chart. However, Elcie stated that since there is no agreement between the two parties, once the elections take place, the ‘Future Elected’ members could again revisit the Chart and decide whether it needs to be further amended.

Lisly further demanded that ALL the members of the Provisional Committee become ODL members before the Provisional Committee could be formed. Ronald Sigue replied that such imposition was unnecessary. Besides, almost everyone present has been a member of ODL, as Ronald Sigue is one of the founding members of ODL. Therefore, this should not be a requirement, if we really want to move forward

It should be noted that The ‘Concerned Party’ detected some reluctance on the part of the remaining members of the current ODL’s Executive Committee, for us to move forward, as soon as possible. When asked what the issue was, they plainly stated that everything is the same and that they were willing to move forward with us, as originally discussed at the last meeting.

With all that said, the Provisional Committee was formed and the following people were nominated by Vasca Sigue and accepted by ALL:

We discussed the different dates in which the newly formed Committee could meet. Mostly everyone thought that waiting for January was too far. However, with all the holiday activities, Carolle would be sending an e-mail, informing of the meeting date and time.
The meeting adjourned at 10:00 P. M.